President of Parliament, Mrs. Grisha S. Heyliger-Marten travels to Curaçao to attend the installation sitting of the new President of the Joint Court of Justice 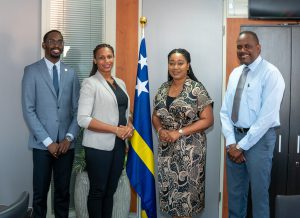