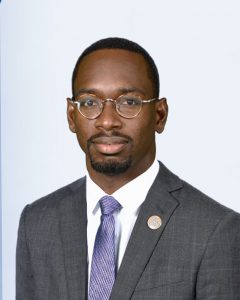 3. Advising (legal and procedural) the President (during meetings)

7. Managing the overall budget of Parliament

8. Making documents available to the Members

9. Making sure minutes are made of public meetings

The Presidium supervises the work of the Secretary General and secretariat.

If impeded, absent or unavailable, the Secretary General is replaced by one of the acting Secretaries General.

Academy for Legislation, The Hague, the Netherlands
2016 -2018 Master in Legislation (LL.M leg/ ML)

Trainee Legislative Lawyer at the section Constitutional and Administrative Law of the Legislative and Legal Affairs Department of the Ministry of Security and Justice, The Hague, the Netherlands
2016 – 2018

Below is an overview of the persons that have held the position of Secretary General since 2010: